For most book collectors, the question of condition is easy. They look for books in as near to mint condition as possible, books that look just as they did when they were new, still in their dustwrapper and with no markings at all, except possibly an author’s signature. The words ‘ex-library’ strike fear and loathing into the heart of many collectors, any ink stamps or other evidence of the source of the book are very undesirable, and signs of the book actually having been read are generally regrettable.

This obsession with condition leads to the ludicrous position where copies of a dustwrapper can appear to be worth several times the value of the book itself. This is as true of early paperbacks as it is of hardbacks, sometimes even more so, given that few copies survive in their original dustwrapper, or in anything approaching mint condition.

Dustwrappers on paperbacks though were a luxury that could not long survive the outbreak of war, and there were never any on Services Editions. The quality of paper was also drastically reduced and most Services Editions suffer from extensive page browning and general fragility. Servicemen as well as civilians were encouraged to pass books on once read and so books were used and re-used, in many cases literally until they fell to pieces. The Services Editions were not for sale to individual servicemen or women, they were made available only to units of the forces, and so often went into a unit library of some kind and were stamped appropriately. 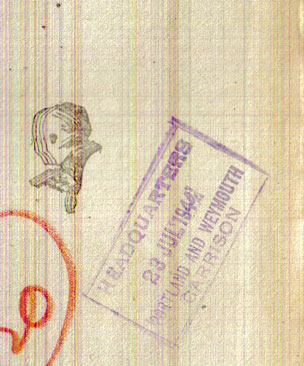 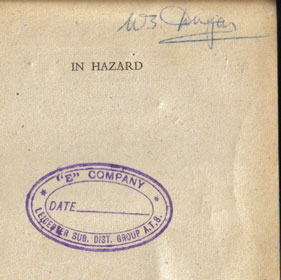 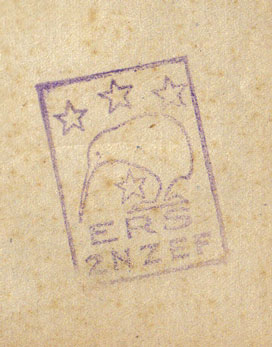 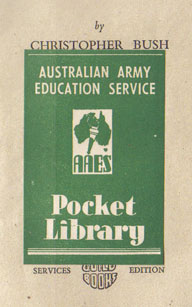 All this means that not only are Services Editions now quite rare and difficult to find, but when you do find them they are usually in pretty poor condition. The only sensible response to this is to make a virtue out of a necessity and celebrate the evidence of use and the diversity of markings that are to be found on them. A copy with a regimental stamp on it, or a serviceman’s name and number written in, is inherently more interesting than a copy in perfect condition that probably never made it as far as any kind of military unit.

In practice most of the copies in anything approaching very good condition are surplus copies that were sold off after the war, mostly through W.H. Smith. These are usually identified by a sticker, or the remains of a sticker on the front cover, but even if there’s no sticker remaining, good condition is a likely indicator of a surplus copy.

I don’t quite look for copies in the worst possible condition, but given the choice, I’ve always preferred copies with evidence of genuine services use over copies in better condition with no such evidence. As a result my own collection now demonstrates a wide variety of stamps and stickers. 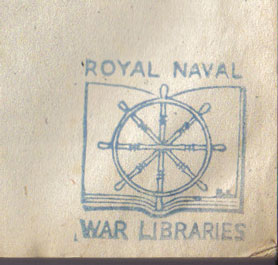 There is one aspect though that is less easy to celebrate. Lots of the copies that are now found appear to have been deliberately damaged in various ways. The most common effect is that the half-title is missing, and sometimes the title page as well. Presumably this was done deliberately to remove the evidence that the book was the property of some services unit, rather than the individual who had acquired it. It’s frustrating now to find copies damaged in this way, although realistically it may actually have helped the book to survive.