The mystery of the missing Penguins

Penguin was the dominant paperback publisher in the years leading up to the war, having effectively created the style with its launch in 1935. It had a particular success with the Penguin Specials just before the war, which in turn gave it access to a high paper ration for the rest of the war, and provided a springboard for its post-war success. It was also in some ways the first into the field of Services Editions with the launch of the ‘Forces Book Club’ in 1942.

So what went wrong? Why, out of the 500 or so main UK Services Editions, are there just a handful of Penguins?

The story of the Forces Book Club editions and other Penguins for the Forces is told in more detail in ‘Penguins March On’ by Joe Pearson, published by, and available from, the Penguin Collectors Society (see links page). In brief, the Forces Book Club was launched in October 1942, issuing monthly sets of 10 different books. They were issued on a subscription basis, with units of the forces ordering one or more packs of 10 books each month, at an annual subscription of £3, including delivery, equivalent to 6d a book. The original aim was to print and sell 75,000 copies of each book, but subscriptions fell way below this level, eventually reaching around 7,000. As units had purchased an annual subscription, the series limped on until September 1943 to complete a full year, but it was clear early on that it had not been a success. 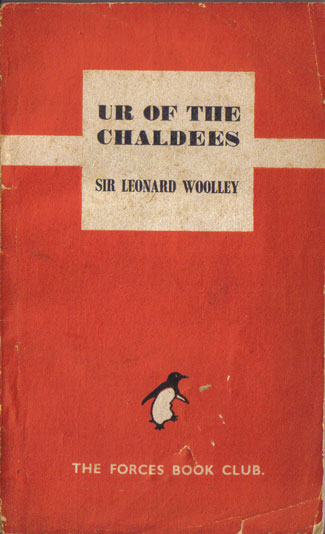 Part of the reason may have been that Penguin’s level of literary taste was pitched too high for many servicemen. Each group of ten books was a mixed bag of Penguin’s output, usually including two crime or mystery novels and one or two non-fiction Pelicans or Penguin Specials, as well as a range of more or less literary fiction. The crime novels appear to have been the most avidly read and are the hardest to find now.

But the other reason for the failure of the Forces Book Club was that the subscription model was wrong. Units did not want to commit to a year’s subscription and preferred to purchase books for immediate delivery. While Penguin had committed itself to annual subscriptions, other publishers were able to step into the gap and supply specially printed Services Editions to the Services Central Book Depot on this basis. Penguin retired to lick its wounds and did not come back with its own short series of Services Editions until almost the end of the war.